31 students Animal Husbandry and Agriculture and two teachers from Aeres UAS Dronten, travelled to Beijing (China) to learn about the big differences in livestock compared to Dutch customs, plus the enormous variety among companies there. The trip for junior and senior students was organized by four students themselves, under the leadership of coach and teacher Jeroen Nolles. The students have to pay for their own travel expenses. 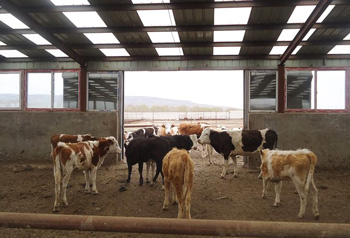 In China there are mega companies with strict hygenic rules, where you are not allowed in the stable. These companies process all dairy by themselves, to ensure the quality of their products. In some traditional companies everything is open and free to visit for everyone. They produce for other milk factories. On these companies the quality of the cattle, dairy products and dealing with hygiene is “a little less strict”. That is the main conclusion of the Dutch University AS-livestock students who visited upcoming milk country China. 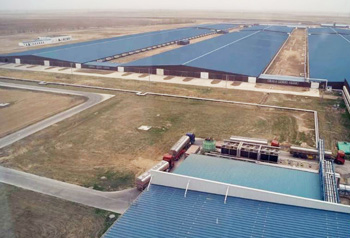 The Chinese dairy farming is catching up on the European Dairy sector. In order to get along with the world market, a lot of knowledge had to come from abroad. Most of the companies in China are small scale, a few cows per company, but a small amount of companies is extremely big. Cows are housed with hundreds, sometimes thousands in large flocks and because the area only knows a short growing season, the cows almost never graze.
In Banner company on the picture exists of 12.000 cows who need to be milked with 6 milk carousels, each milking 80 cows at the same time. The company wishes to expand to 40.000 cows in the future and processes their own milk. On the traditional companies who own a few cows, the people live in small houses made out of clay. Next to the huts, there are mega companies with apartments for the employees, who work in shifts to run the company. 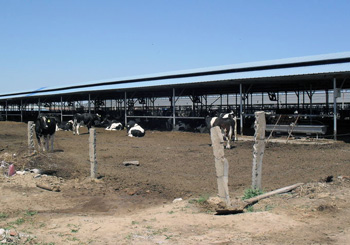 Anouk Andriessen (26) studies Animal Husbandry: “A few times we saw a paddock of sand near the stable, where cows could play. On traditional –smaller- companies we have seen, the Chinese kept the cows in an open stable with sand paddock or the cows were herd on a hill of grassland. “
“It was strange to see that in the Netherlands we focus very much on the health and wellbeing of our cattle and here they live and handle things the way our grandparents used to”. The students have learned many new things. “Big flocks of cows on the mega companies, who take good care of their cows. Some companies even use sprinkler systems to prevent heat stress on warm days. In the big companies the organization is much more strict than in the Netherlands. Many different people are working there who have to handle the same tasks for continuity. Since the grow season is short, much of the animal feed is imported. 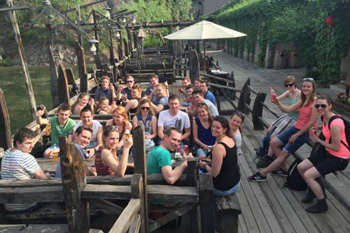 What Anouk still remembers the most is the following: “the whole trip was special! To the driving style of our driver (ignoring traffic rules), the food, the companies. The way they handle feed, young cattle or the management. The hospitality and kindness of the Chinese on the Vocational School we visited in Wulanchabu, the tourguide in Beijing and the entrepreneurs of the companies who were willing to answer any kind of question. 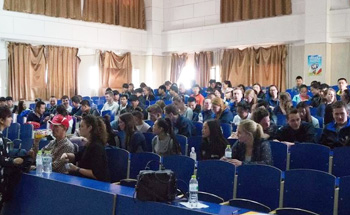 On the Vocational School of Agriculture in Wulanchabu, the teachers and a few students spoke fluent English. These people joined us on our company visits, in case no English-Chinese speaker was available in the company itself. In Beijing the tourguide spoke English, however his level was considerably lower than from the school in Wulanchabu. “eventually we found our way and learned a lot from each other. 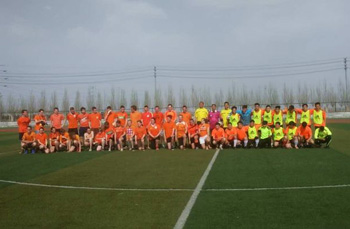 The school in Wulanchabu organized a soccer match China-Netherlands in the honor of our arrival. The Dutch students competed against the Chinese soccer association in the school and the Chinese eventually won with 6-1.